One such group close to the hearts of Perth accountants BQK is the Canning Vale Senior Football Club and in particular the Colts team that is coached by our very own Darren Brealey.

We are extremely proud to be a supporter of the CVSFC Colts team who have taken out the WAAFL Laurie Keene Division Premiership in 2017.

Boasting a team that included 20 boys that Darren had previously coached in the Canning Vale junior ranks and an incredible 12 players since the age of 6 playing Auskick, the CVSFC Colts went through the 2017 season undefeated.

The team didn’t have everything their own way in the Grand Final, trailing by 22 points midway through the second quarter. But as they had done on several occasions during the year, they fought their way back in to the game, before holding out a gallant Gosnells by 10 points on the final siren.

The Premiership capped off a stellar year for the Colts which saw them pick up an Association Fairest & Best, the WAAFL Colts Team of the Year and the WAAFL Coach of the Year to put alongside the flag.

It was a great year for the fledgling senior club which now has 5 premierships in its short 7 year history. The future looks bright with 15 of the current crop of Colts making senior appearances during the year.

With new facilities currently under construction at Clifton Park, our team of accountants in Perth are extremely excited to be a part of this vibrant Club which is an integral part of the Canning Vale community. 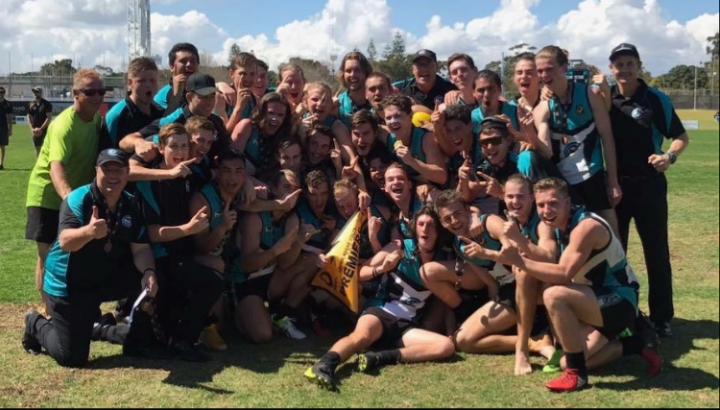